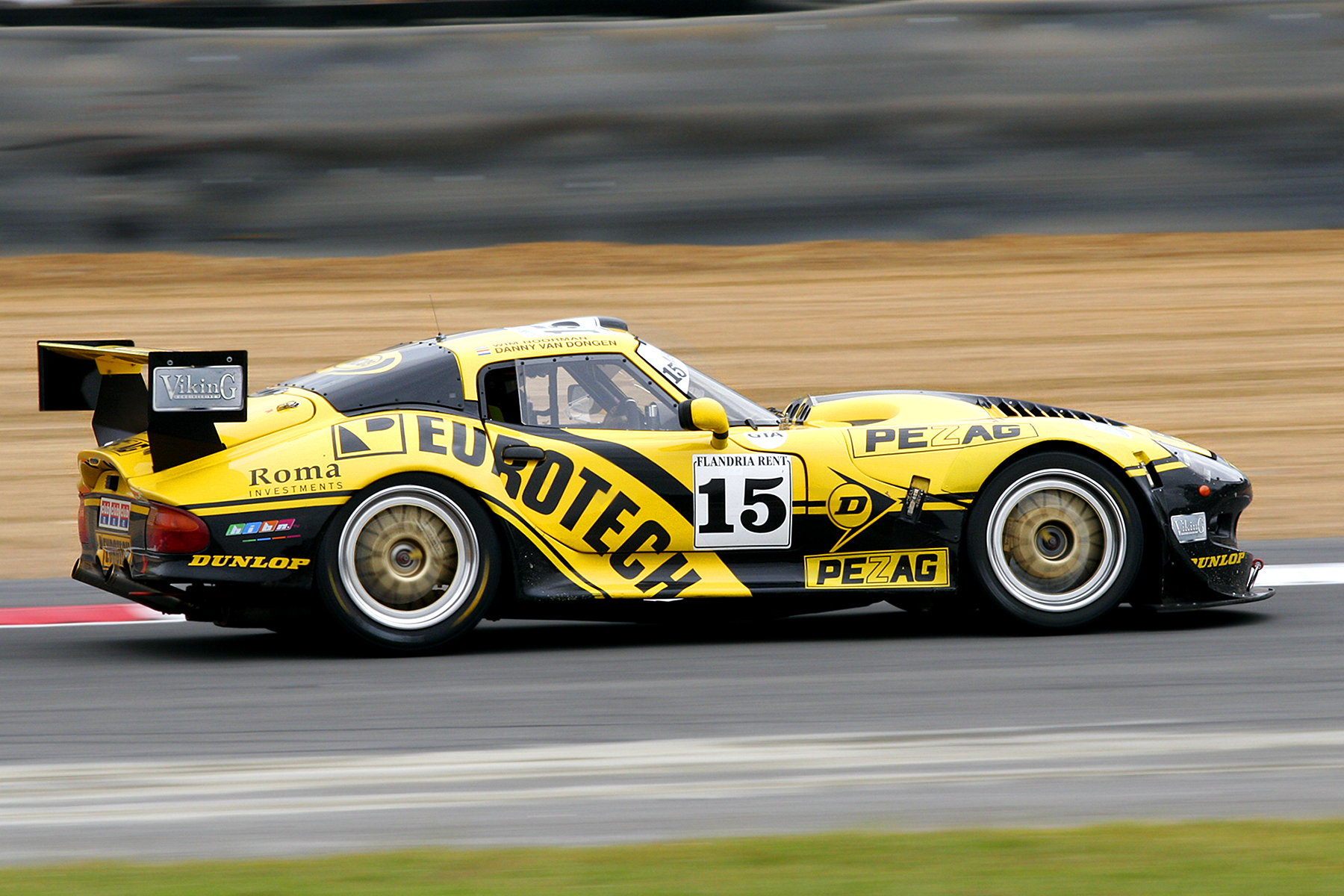 View the timeline below to find out more about our technical innovations, our partners and our successes.

(1996) Marcos LM600
Cor Euser switched to Marcos in the mid-1990s. In 1996, the Eurotech Group carried out major modifications to Euser’s Marcos LM600, in particular to improve its reliability. And it didn’t take long, before the results were there for all to see! Euser and his team-mate, Thomas Erdos, finished in second place in the GT2 class of the BPR series, a predecessor of the FIA GT Championship. Together, Euser and Erdos achieved several victories and many pole positions.

(1997) Marcos LM600
There were already three Marcos LM600s and the Eurotech Group constructed the fourth, all by itself. That car took part in the FIA GT Championship and the 24h Le Mans, with varying degrees of success.

Marcos Sportscars started producing the Marcos Mantis. It sold a large number of road and racing cars and in England, the Marcos Mantis Challenge proved to be a great success. The competitive grid consisted of around 20 cars built to the same specifications. 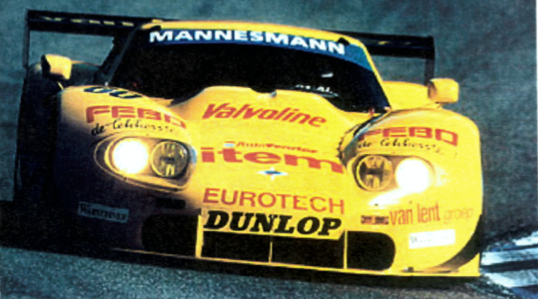 (1999) Marcos LM600 EVO and the acquisition of Marcos Sportscars LTD
Together with car-builder Wiet Huidekoper, Cor Euser and engine-builder Joop Kok, Eurotech developed a Marcos LM600 EVO according to an entirely new design. The vehicle’s powerful Chevrolet mid-mounted engine, bell housing, torque tube and Hewland transaxle worked as a unit and the centre of gravity and roll centre of the car were significantly improved. Its reliability and service-friendliness were also enhanced. The vehicle’s producers stepped away from the old design, in which everything was mounted on the frame. Following a trial race in the FIA GT in Oschersleben, the car made its racing debut in the Belcar Championship 24-hour race, finishing surprisingly in second place.

Together with four partners, Wim Noorman, owner of the Eurotech Group, acquired the ailing Marcos Sportscars LTD and Broomco LTD (under which the brand name, rights and type approval were vested). At the same time, Marcos Sportscars LTD was rationalised and production terminated. The Marcos brand name, rights and type approval were retained and the Eurotech Group in Venlo-Blerick obtained the licence to construct the Marcos racing cars. The heritage licensing rights (all cars constructed before 1996) were sold to Malcom and the sale included a guarantee that the old Marcos vehicles could go there for parts and servicing. In the Netherlands, Eurotech established the Dutch Marcos Challenge. Rob Knook became the Dutch Champion in 1999. 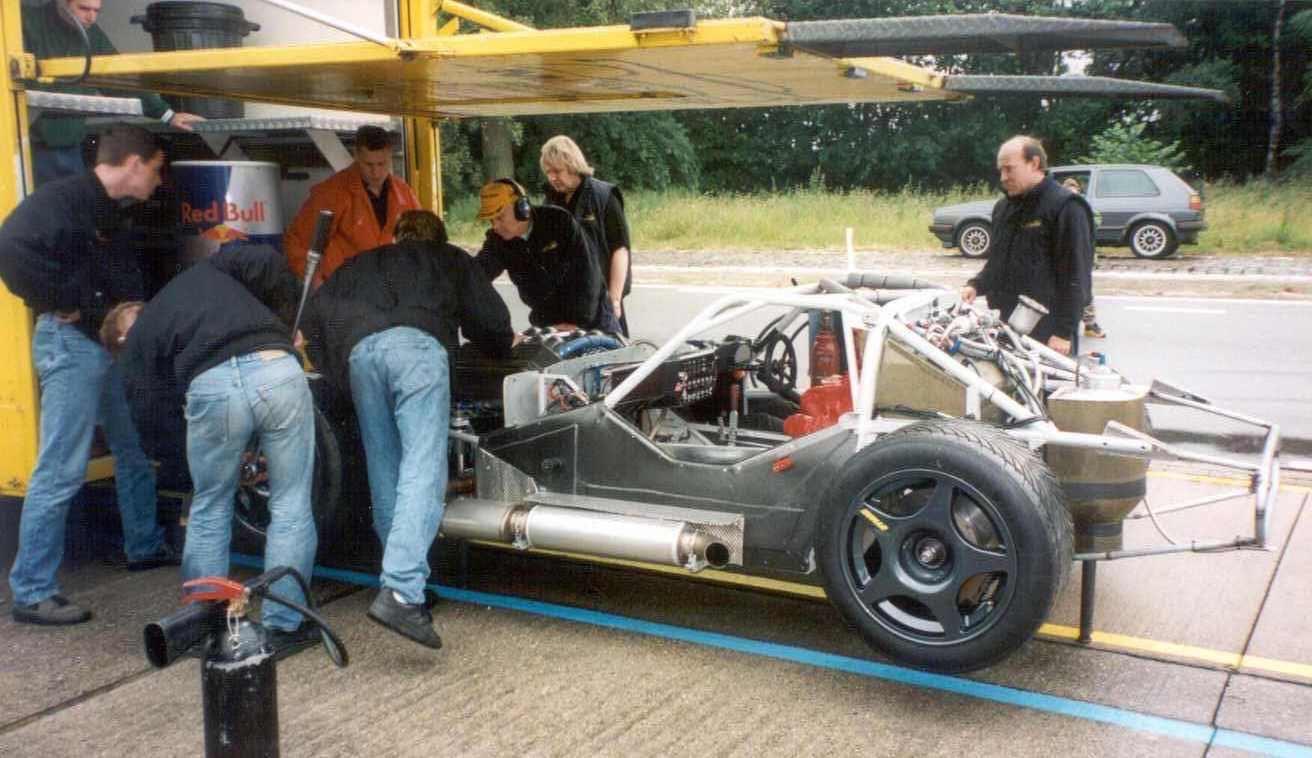 (2000) Marcos LM600 Evo and Mantis
This turned out to be a glorious year for Marcos. Together with Calum Lockie, Cor Euser won the British GT Championship and was also crowned champion in the Spanish GT Series in an LM600 EVO built by Eurotech.

Eurotech organised the Marcos Mantis Challenge Dutch Championship and European Championship, in which the English and Dutch Marcos cars raced on international circuits. By the end of the season, the Dutch Championship consisted of no fewer than 25 cars. Rob Knook was crowned Dutch champion.

Eurotech was now constructing many Marcos Mantis Challenge cars under licence and in 2000, had its own racing team for the first time. Herman Buurman achieved second place in the Marcos Mantis Dutch Championship, thereby recording the first success achieved by Eurotech Racing. 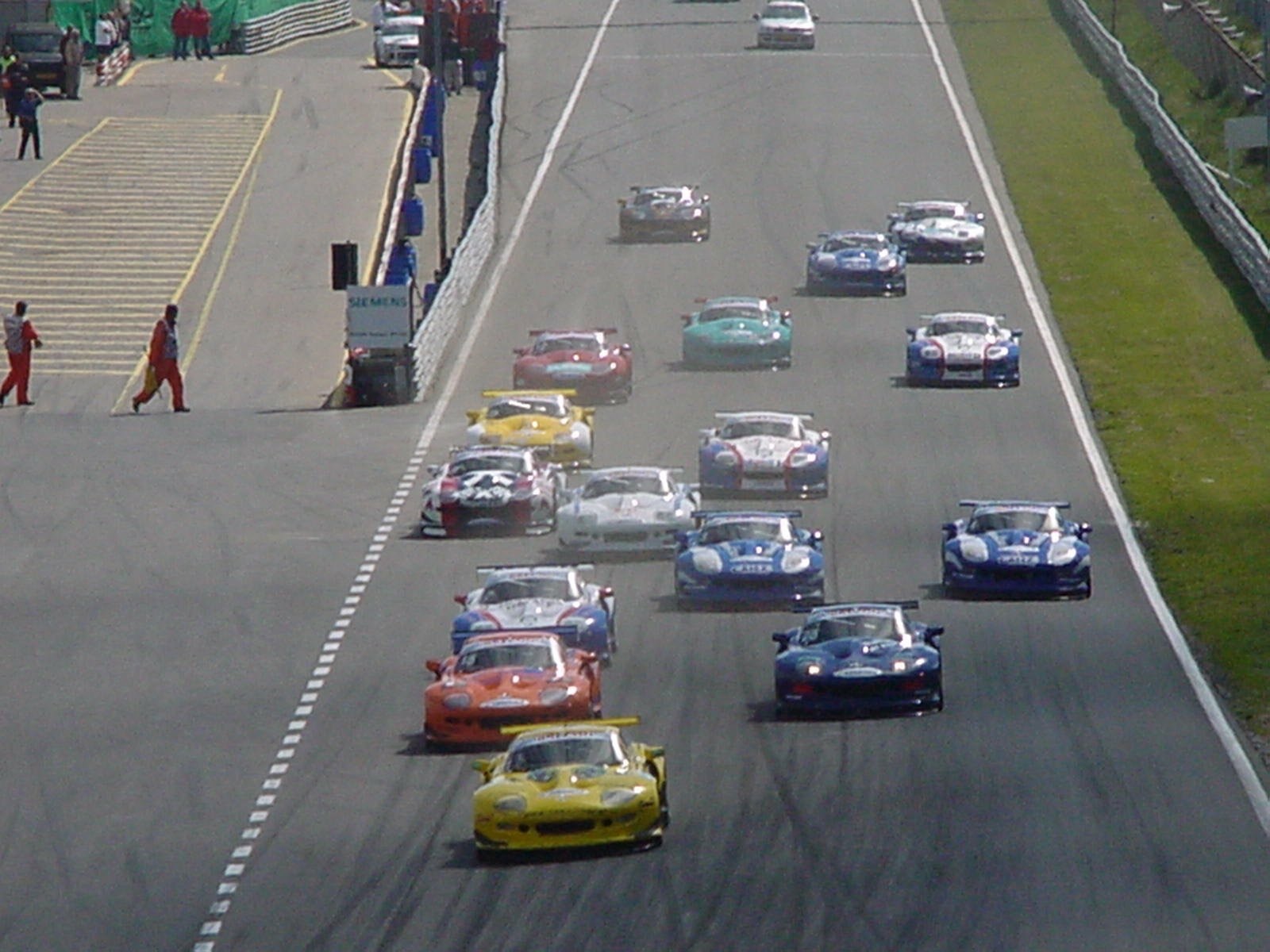 (2001) Marcos LM600 and Mantis
The Marcos Mantis Challenge merged with the Super Car Cup, which led to the creation of the Dutch Supercar Challenge managed by Dick van Elk. Within this class, the Marcosses competed in their own championship and Rob Knook was once again crowned Dutch champion. The Eurotech racing driver Toon van de Haterd finished third, behind Cor Euser. Herman Buurman became Dutch champion in the Dutch Supercar Challenge GT class in a Marcos Mantis Challenge car which Eurotech Racing had developed into a GT3 vehicle. Eurotech built a second Marcos LM600 EVO for Cor Euser, who went on to achieve a great many international successes in it.

Eurotech Racing also successfully competed in a number of EURO GT Series races. Toon van de Haterd and Danny van Dongen won their class in the Euro GT race in the support programme prior to the DTM race at Circuit Park Zandvoort. 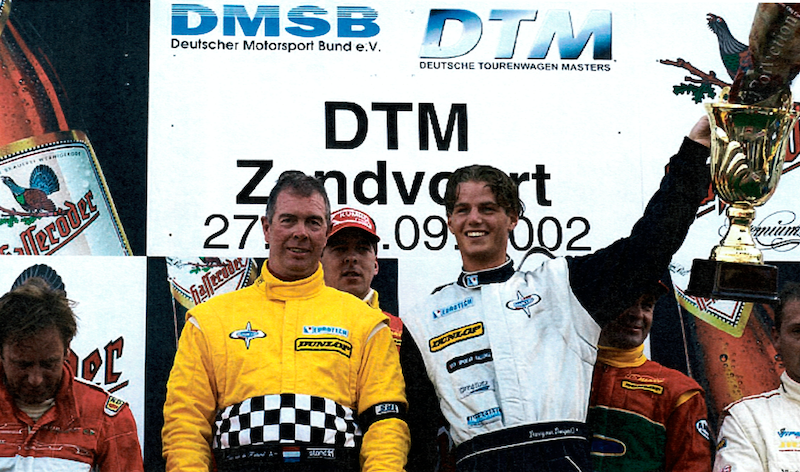 (2004) Marcos LM600 and Mantis
In 2004, Marcos Racing International and Eurotech Racing decided to get together and take part in the competitive Spanish GT Championship. Cor Euser and Danny van Dongen drove a Marcos LM600 EVO and after a difficult start, they got the hang of it and went on to win in Estoril. After the fifth race in Valencia, they achieved third place in the overall classification. The Spanish Meycom Marcos did extremely well and came first. But fate struck after that. In a Belcar guest race at Spa-Francorchamps, Cor Euser crashed in Eau Rouge. The car couldn’t be repaired in time for the final two races, which meant that the season came to a  premature end. Meanwhile, Marcos had sold a licence to Tony Stellinga, who developed a new Marcos GTO road car in the Prodrive factory. That car was well received by the written press. 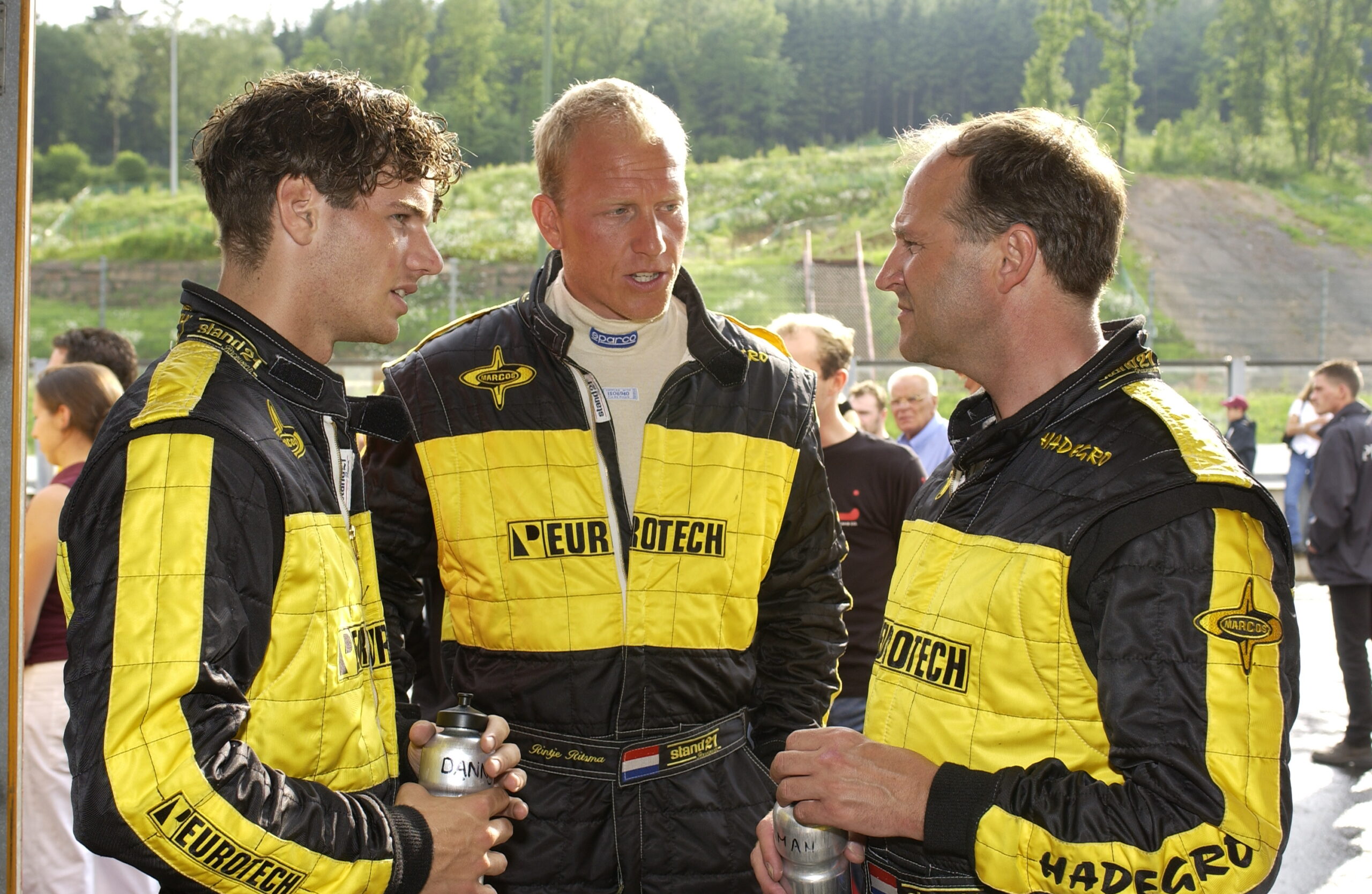 (2005) Marcos LM600 and Mantis
In 2005, the Eurotech N-GT Marcos competed once again in the highest (GTA) class of the Belcar Championship. The Marcos Mantis was driven by Danny van Dongen and Wim Noorman. Cor Euser got involved in the Spanish GT Championship once again in a Marcos LM600 EVO and two Mantisses.

(2006) Marcos LM600 and BRL
In 2006, Eurotech Racing successfully participated once again in the Belgian Racing Car Championship (Belcar). Danny van Dongen and Marc Goossens did extremely well in their self-built Marcos LM600, finishing in third place three times and in second place once. In the overall ranking, Marc and Danny finished third out of 44 teams. In the Drive Challenge (in which no fewer than 155 cars competed), finishing fourth proved a great climax!

And things went even better in the 24-hour race in Zolder. Having completed no less than 821 laps, the team, Marc, Danny and old-hand, Cor Euser, finished in an impressive second place!

In the Benelux Racing League, Marc Goossens had a very successful year. Having achieved three victories, three second places, and three third places, the driver from the Belgian town of Geel appeared on the winners’ podium no less than nine times! In his debut year in the BRL, Danny van Dongen took home the ‘Rookie of the Year’ award. Dutch Danny from Zandvoort climbed the winners’ podium twice that season. 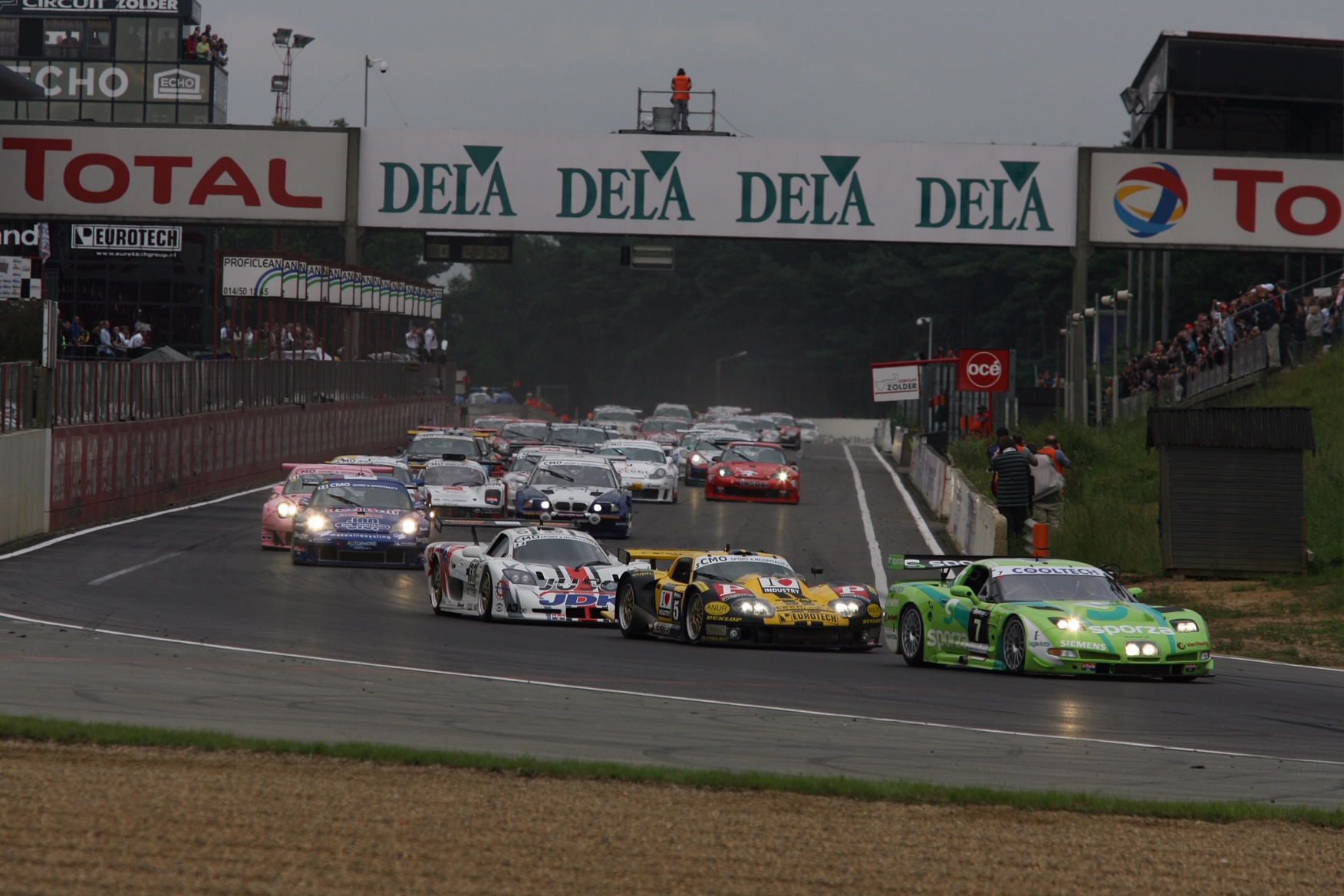